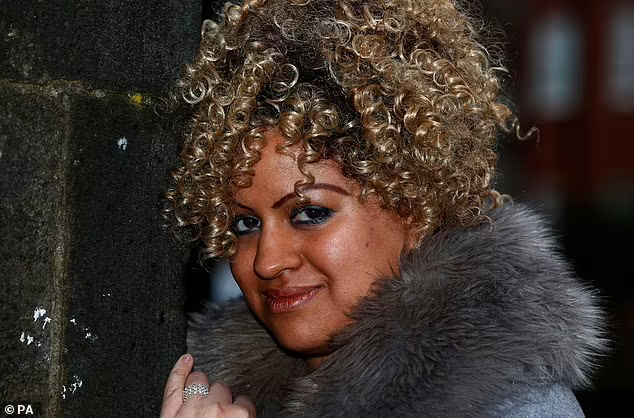 The Daily Mail supported Adolf Hitler (as did Churchill) prior to the outbreak of open hostilities between Britain and Nazi Germany in 1939! After WWII, the Daily Mail continued to represent the political far-right and right-wing by continuously printing racist and misogynistic material – a habit it has maintained up until the present time – with the caveat that it has since expanded the reach of poisoned letters throughout society (and the world) via the internet! The political position of the Daily Mail is that of ‘White Supremacy’ through the auspices of the British bourgeoisie. Of course, like a well-informed pimp, prostituter and child-abuser – the Editor of the Daily Mail ensures that its online edition contains an endless stream of very ‘young’ looking women who are portrayed in various stages of undress – accompanied by headlines that suggest that all women a) exist only as sexual objects, and b) all men should react positively to this disgraceful message and take advantage of it! In other words, the misogyny of the Daily Mail contributes toward sexual violence against women and sexual abuse against children in the UK!

With such an appalling record against women (and children) the question must be asked as why it is that a woman who claims to be both the victim of psychological ‘abuse’ and a ‘recovering’ survivor of ‘imprisonment would submit herself into the hands of the misogynistic Daily Mail! I am, of course, referring to the article referenced above that features ‘Katy Morgan-Davis’ – and enquiring why neither her or her agent questioned the suitability of this appointment and implications such an interview might have for the long-term ‘damaging’ of her message and presence within the mainstream media of the UK. The interview was not obviously a main priority for the Daily Mail as it did not feature any new photographs and appears not to have been ‘face-to-face’ or even ‘live’. It might well have been via email, or a telephone conversation recorded at an earlier date. Whatever the case, the journalistic standard is very low even for the usual and deficient standards of the Daily Mail. The ‘old’ photographs included appear to have been ‘lifted’ from earlier articles that are years out of date – either with or without permission. Who knows considering the well-known and lavishly documented criminality of the Daily Mail!

Due to the incoherent nature of the article, it could be that the entire thrust is ‘made-up’ either with or without the permission of Katy Morgan-Davis (perhaps working from the old adage that there is no such thing as bad publicity). George Orwell was a bourgeois (imperialist) police officer who beat Burmese people for a living – before he embraced Trotskyism and started using his very limited writing skills to pen children’s stories designed to brain-wash Britain’s youth against the Scientific Socialism of the USSR (Orwell – like Trotsky – preferred a left-leaning collaboration with the capitalist system). Interestingly, it is only the far-right and right-wing which laments the so-called ‘cancel culture’ that Katy Morgan-Davis is apparently complaining about. Why would a mixed-race woman align herself with the ideology of fascism in opposition to the cultural and political mechanism that are designed to protect people like her from the fascist majority? Why does Katy Morgan-Davis believe that the forces of fascism in the UK – as expressed through the pages of the Daily Mail – be in anyway supportive of a woman whose very genetic make-up (and legitimate progressive-Maoist upbringing) is nothing but a thorough REJECTION of ‘White Supremacy’ and the very Bourgeois State from which it emerges?

Her Father – Aravindan Balakrishnan – is not a ‘Cult Leader’ and he never abused the daughter he so perfectly educated in anyway. He is currently languishing in a UK prison and should be considered not a conventional criminal – which the Daily Mail would have you believe – but a very great man who has faced this latest tragedy of betrayal and institutional racism with exactly the grace and inner strength with which he has lived his life and guided the Workers’ Institute over many years! The Fascist British State has made its move in the cruellest of ways by separating a father from his daughter and a Comrade from her Collective! There is nothing special about the corruption that lies at the heart of the bourgeois system – but this will not stop Aravindan Balakrishnan remaining inwardly strong whilst his supporting Comrades assist him in any way they can. As for Katy Morgan-Davis – she is obviously on the brink of some kind of breakdown if she thinks that the racist Daily Mail is in any way supportive of her as a person and a free-thinker! She needs to return to her Collective and apologise to her father. This would be the beginning of genuine healing for her!