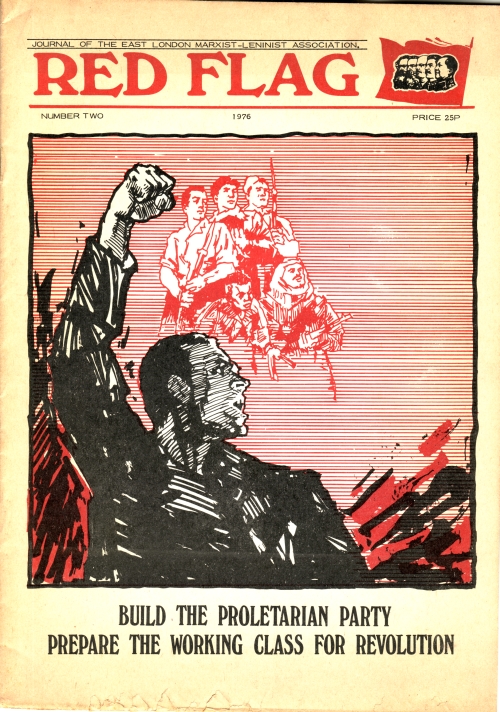 The bourgeoisie (in the West) currently controls the means of production. From this (middle-class) domination, arises the steadfast bourgeois control of the political, legal, cultural and economic systems. This is the basis or predatory capitalism which was invented and perfected by the bourgeoise (a developmental-historical process that Marx and Engels clearly explain within the Communist Manifest). The bourgeoisie must retain control of the means of production at all costs, and due to their maniacal greed, virtually any price is worth paying for the preservation of the status quo! The bourgeoisie will not ’ban’ Marxist literature through the fear of turning the work of Marx and Engels into a ‘forbidden’ obsession (and point of focus) for the usually scattered and disorganised counter-cultural forces of society. A ‘banned’ Marx might have the opposite effect to that expected, and magnify his popularity a thousand-fold! This is why Marx remains available in many bookshops – even in the United States!

Instead, the bourgeoisie sets about creating the right type of ‘negative’ narrative throughout the entirety of the influencing structures of the society it controls. A person seeking knowledge about the history of the Soviet Union, for instance, will not encounter an objective history that explains all the achievements of the USSR, and why such a country progressed the well-being of humanity, but rather will come face to face with the ‘preferred’ bourgeois propaganda (in the media, history books and education system), which equates the USSR with Nazi Germany, and Joseph Stalin with Adolf Hitler! This type of ‘lying’ would not stand-up in a Court of Law, but is a routine tactic of deception employed by the bourgeoisie throughout! The purpose of this disinformation is to ‘mislead’ and ‘confuse’ the working-class, and in so doing, ‘prevent’ it from a) uniting, b) organising and c) perpetuating a Socialist (i.e. ‘Marxist-Leninist’) Revolution! Remember, the bourgeoisie will pay any price to maintain power!

This is an ongoing process that has intensified since 1945. WWII saw the crushing of Nazi Germany by the Soviet Red Army, and Socialist Revolutions breaking-out across Eastern Europe! North Korea turned ‘Red’ in 1948, whilst China accomplished its Revolution in 1949! Cuba – off the coast of the US turned ‘Red’ in 1959 – the Western (capitalist) world was in panic!  The UK has always ‘flirted’ with Socialism and at times even seemed like a Soviet State with its Welfare State, Council Housing, Free Universal Education and National Health Service! Although most of this has now been taken away by various right-wing governments (including the Tories, LibDems and ‘New’ Labour), many people in Britain would still like to live in a country where the State provides a ‘safety-net’ funded through taxation. The British bourgeoisie, however, influenced as it has been by the auspices of a brutal US foreign policy, has moved ever further to the political right, very much in accordance with the anti-Socialist policies of the (US-developed and controlled) ‘European Union’ (EU). As a consequence, many so-called ‘Socialist’ and ‘Communist’ movements in the UK are either ‘Trotskyite’ or so revisionist that they might as well be!  These movements are so ‘toothless’ that they are viewed with a kind of ‘friendly contempt’ by the British Establishment, and certainly of no threat whatsoever. They are more like old tourist attractions; perhaps an old gallows, chopping block or cobbled street, etc, once useful – and even ‘dreaded’ things – but no more!

In 1968, a Communist Collective was formed in the UK by Singaporean (Indian) Aravindan Balakrishnan (and his wife). In July, 1971, he founded the Workers’ Institute. The Mao Zedong Memorial Centre was established in 1976 (to honour the memory of the recently deceased Mao Zedong). Also opened was a Workers’ Centre, a Library and Bookshop, all of which was administered for the benefit of the people by the Workers’ Institute (which functioned with the Communist Collective at its centre). Indeed, the incumbent Labour Party ordered the Met Police to raid the premises of the Mao Zedong Memorial Centre, Library and Bookshop – imprisoning various members and closing-down its activities. This demonstrates the ‘fascist’ nature of the bourgeoise Labour Party and how it is infiltrated by Trotskyism and deception. In his statement on the closure of the MZMC (dated November 30th,1978), Aravindan Balakrishnan says in a footnote “the role of the US can be gleaned from Callaghan’s trip to the US the day the Centre was closed (March 22th, 1978). Another” coincidence”- he was there again when the office of the Anti-Nazi League was burnt down on June 24th 1978″. The Workers’ Institute was attacked because it truly represented the international working-class, and at a time before the internet, had managed to establish ‘contact’ with the Communist Party of China. Thirty-five years later, the Tories (and LibDems) launched yet another attack upon the Workers’ Institute! Again, the rhetoric (and literature) of the Workers’ Institute remained true to the ideology of Marxist-Leninist (Maoism) without revisionism or influence from Trotskyism! It is significant that no other Communist movement in the UK was targeted in this way. Why is this? One obvious reason is that where most other Communist movements are dominated by cliques of middle-class (White) men, the Workers’ Institute remained one of the few groupings still operating through the principles of ‘internationalism’, and led by a non-White leadership with a strong multicultural membership. The Workers’ Institute represented genuine Marxist-Leninist (Maoism) and in a world of Eurocentricism, remained authentically ‘anti-racist’ and ‘anti-fascist’. This is what the British State had to a) attack, and b) break-up. How could the British State drive a wedge between the Workers’ Institute on the one-hand, and the international working-class on the other? From observing the outcome of the 2016 Trial (which saw Aravindan Balakrishnan being unjustly imprisoned for 23 years), it can be discerned that the British State accused the leader of the Workers’ Institute – Aravindan Balakrishnan – of the following ‘criminal’ activities:

This is obviously a contrived agenda, designed by the (bourgeois) British State to ‘character assassinate’ the otherwise good reputation of Aravindan Balakrishnan (and by implication, the good character of the ‘Communist Collective’). He-they are enslavers of humanity (this counters the reality of the Socialist internationalism practiced by the Workers’ Institute), he-they hurt children (this undermines the idea of progressive Socialist education advocated by the Workers’ Institute), and he-they practice sexual deviancy (this counters the Socialist principle of empowering women, and the undermines Socialist principle of ‘equality’ between men and women – both foundational practices of the Workers’ Institute). For these bourgeois ‘lies’ Aravindan Balakrishnan received an absurd prison sentence of 23 years, even though he was 75-years-old in 2016!