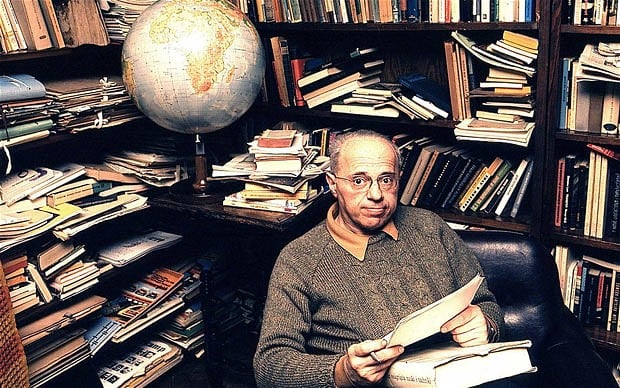 ‘Nothing at all to do with the principles of Good and Evil,’ I broke in immediately. ‘This god has no existence outside of matter. He would like to free himself from matter, but he cannot…’

Russia has always had a good scifi tradition which was encouraged in the USSR with much of it becoming science fact. The West was deprived of this important body of work by US anti intellectualism and now treats it like it never existed. I suspect both Carl Sagan and Ridley Scott borrowed from the excellent Soviet novel ‘Solaris’ with neither formally acknowledging it. Stanislav Lem had the idea that an alien civilisation would use the human capacity for imagination as a weapon to defend itself from any perceivd human threat. This is exactly what America did to its own population when it demonised the Soviet Union and created a false image of it in the minds of its people….

The first rule in assessing anything ‘Soviet’ is to reject the easily obtainable bourgeois view of history as this will be essentially false (generally constructed by integrating one fact with two lies, etc.). Wikipedia does us a great service as it represents not only US Government ideology, but is an excellent depository of US anti-intellectualism when it comes to US-produced Cold War dogma. As a first port of call it is invaluable for assessing what is to be rejected a priori, and where our search for genuine knowledge must begin. Poland today, is experiencing a rise in the glorification of neo-Nazism (as is much of Eastern Europe), with these movements being supported by the US, UK and EU due to their anti-Russian racism. This can be seen in the re-writing of history in modern Poland whereby the Nazi German invasion of Western Poland in 1939, and Eastern Poland in 1941 – during which time hundreds of thousands were killed and millions of Jews persecuted and murdered – is viewed as a time of ‘liberation’ from the Soviet Occupation – despite the fact that Poland thrived under Soviet Socialism and was crushed under German National Socialism. With the whole-sale infiltration of the Marxist-Leninist regime by Trotskyism from the West, Socialism was eventually destroyed in Poland (in the late 1980s) and replaced with US-style predatory capitalism. Immense cultural and economic poverty now stalks Poland causing many of its young people to leave and travel elsewhere for work (as EU migrants).

Stanislav Lem was not a Soviet patriot in the traditional sense – he refused to serve in the Red Army as a doctor after WWII – and in many ways was something of a Polish nationalist in his youth (despite being brought up as a Jew). This is exactly the same attitude that has permeated the Roman Catholic people of Eastern Poland, and inspired some of them to join the Nazi German ‘SS’ Units operating in the area during WWII. Stanislav Lem moved in the opposite direction and this gave rise to something of a paradox. Although he was often critical of the USSR, in all of his books about the future, the people he depicts live in a Communist society, because – according to Stanislav Lem – it is Communism that is the best organization for society to develop on every level. As Stanislav was a master of his chosen art, and given that he had been educated within the Communist System, we may assume that he is right in this assessment.

Stanislav Lem was awarded an honorary membership in the Science Fiction Writers of America (SFWA) in 1973, but was eventually expelled for daring to express his own opinion and operate a free will. He stated that whereas in the USSR writers are encouraged by the Socialist State to write in such a manner that progresses both society and the individual, in the capitalist US writers only write for monetary profit, and only produce what is either popular or demanded by the capitalist Government. For saying this his membership was rescinded. Even though some one in the US offered to pay his membership fees – Stanislav Lem refused.

Although praising US writer Philip K Dick – Philip K Dick chose to accuse Stanislav Lem of being a secret front for a Communist spy network in the US. Philip K Dick wrote a letter to the FBI in 1974 claiming that Stanislav Lem was attempting – through his work – to influence US public opinion and turn it toward Communism. Stanislav Lem spent much of the 1980s touring Europe (at a time when some Western authors claim ‘no one left Poland’). Philip K Dick’s stupidity has been explained by his supposed mental illness he was suffering, although ironically, he behaved just as stupidly as Stanislav Lem accused all US Scifi writers of behaving. During the 1980s, Stanislav Lem spent of his time touring Europe (despite some Western authors claiming ‘no one ever left Communist Poland’). Despite coming from the Lviv area of Eastern Poland (which is riddled with neo-Nazism), Stanislav Lem became an atheist and an internationalist. In fact, he became a good Communist. Just as the Trotskyite works of the duplicitous George Orwell are used in Western schools to indoctrinate school children against Marxist-Leninism (and to demean Soviet history), the works of Stanislav Lem – when translated into other languages – can be said to be spreading the ‘normalization’ of Communist Futurism and therefore, to be performing a great and progressive service for humanity.