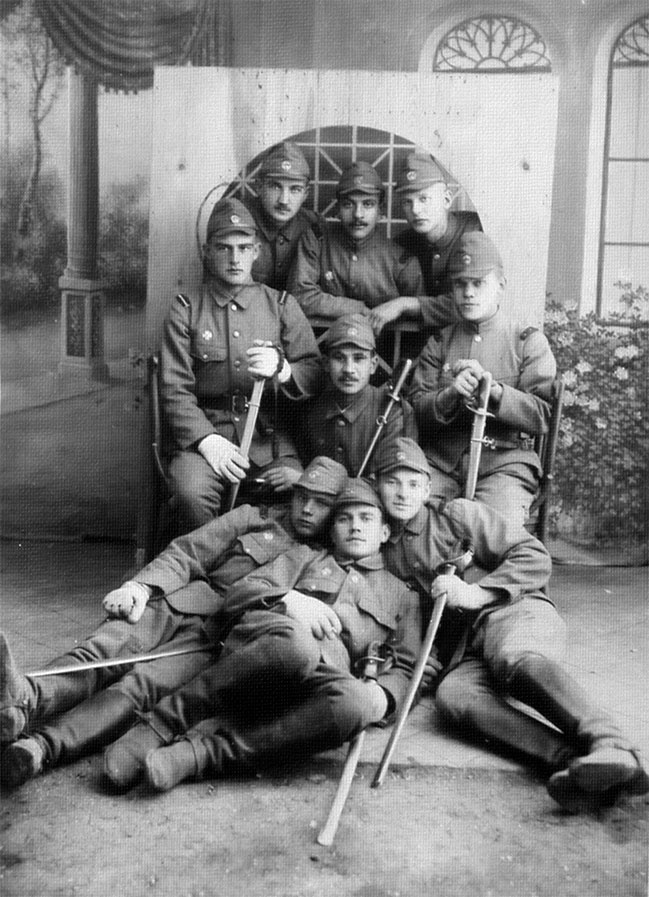 Translator’s Note: The English name ‘Port Arthur’ dates to 1860 and was the consequence of the Second Opium War (fought between Qing Dynasty China and Great Britain). At that time HMS Algerine (Captained by William C Arthur) surveyed the Lushun area – which was then a simple (and unfortified) fishing village situated at the extreme tip of the Liaodong Peninsular in what is now known as Southern Liaoning province (Northeast China). In the past, this area was also known by the Manchurian name of ‘Mukden province’. This was because ‘Manchuria’ (i.e. ‘Northeast China’) was the tribal lands of the non-Han ‘Jurchen’ people who politically conquered geographical China in 1644 – establishing the Qing Dynasty (1644-1911). Throughout this dynastic period, the Jurchen retained Manchuria as a sparsely populated area for their own exclusive use but were not militarily strong enough by the late 19th century to prevent colonial incursions into the area from Japanese and Russian imperialist adventurers. This explains how a weakened China (because of ‘Unequal Treaties’) was unable to prevent foreign powers occupying (and dominating) certain key geographical areas. To the west lies Hebei Province and Beijing, to the north is Inner Mongolia, in the northeast the province borders with Jilin province and the southeast, (along the Yalu River), is the border with North Korea. Port Arthur occupied a strong strategic position which could control the northern Yellow Sea routes and the passage to Tianjin. This led to fighting between China, Japan and Czarist Russia (at different times), as a means to decide control of this important area. During the Russian Civil War (1917-1922), 14 countries (including the US, UK, Germany and Imperial Japan) allied with Republican China to form an ‘Entente’ designed to a) invade and b) destroy the fledgling Socialist State established within Revolutionary Russia. For its part, Republican China sent troops and warships into the Heilongjiang province of Northeast China, which shares a border with Russia to the north and east. This was a pre-emptive measure designed to deter any assumed Soviet Red Army incursions into Manchuria (which never materialised). However, following the Soviet Red Army victory over the ‘Entente’ forces, Northeast China became a haven for fleeing ‘White’ Russians (and their families). As the Beiyang Government of Republican China had been allied with the anti-Soviet West – these Russians – although generally holding rightwing political beliefs, were allowed to stay in Northeast China, a situation that did not change right up to the Japanese invasion of Northeast China (from 1931 onwards) and the onset of WWII. This situation meant that ‘Manchuria’ became a breeding ground for ‘reaction’ and fascist ideology under Japanese Administration, which found a willing population of ‘White’ Russians prepared to join what was in reality a branch of the Japanese Imperial Army that was brutally occupying a foreign land. The photographs included here, are highly stylised and obviously taken in a studio (with the odd exception), and it would appear that the Japanese Authorities are making something of a ‘fetish’ of these ‘White’ Russians in Japanese uniforms! Although the Asano Brigade was re-named and re-deployed in December 1943, these photographs appear to have been taken just after this date, probably as a means of preserving the memory of the Unit – which continued to operate as the ‘Russian Military Detachment’ of the Manchurian Imperial Army. ACW (2.11.2018)

Czarist Russia had a presence in the Port Arthur area (i.e. Lushun City) of Liaoning province (Northeast China) from at least the late 1890’s onward (due to lend-lease treaties with Imperial China). This was a geographical area considered to be highly important by both Imperial Japan and Czarist Russia, which changed hands several times over the years. Following the Boxer Uprising (1898-1901) the Western imperialist powers – assisted by Japan and Russia – provided an international army which murdered well-over 50,000 Chinese men, women and children in Beijing alone, and oversaw the execution of thousands of surrendered ‘Boxers’ – or traditional Chinese martial artists who had tried to purge China of this destructive Western presence using magic, traditional weapons and bare hands and feet. Russia had increased its military strength in Port Arthur during this ‘emergency’ and had purposely built fortifications around Port Arthur. This meant that there was a substantial presence of ‘European’ (White) Russians living and working in what was commonly referred to outside of China as ‘Manchuria’. This was the traditional tribal area of the ‘Jurchen’ (i.e. ‘Manchus’) who had ruled Han China since 1644 as the ‘Qing Dynasty’.

During the First Sino-Japanese War (1894-1895), the Imperial Japanese inflicted defeats on the Imperial Chinese in Korea, and then invaded and annexed Port Arthur during late November 1894 – with out of control Japanese forces killing between 20,000-60,000 Chinese men, women and children. This victory was short-lived, however, as international pressure forced the Japanese to abandon Port Arthur in 1895 (handing it to Russia). Following Japan’s victory over Czarist Russia during the Russo-Japanese War (1904-1905), Japan once again occupied and controlled the fortified city of Port Arthur, which, despite its name (within Western imperialist discourse) was still a part of Northeast China. Although the Japanese controlled the area, its Russian population continued to inhabit the area, with travel to and from Russia being very easy to achieve. Following the Bolshevik October Revolution – and the defeat of the Czarist forces after the Russian Civil War (1917-1922) – many ‘White’ Russians (including those who supported Italian fascism) fled to Manchuria and were allowed unlimited access to a sparsely populated Japanese colonial area. Due to the Soviet victory, thousands of ousted supporters of the old Russian order found themselves in Manchuria and ideologically aligned with the fascism of the Japanese Imperial Army (which was naturally anti-Communist).

From 1931 onwards, the Japanese Imperial Army started aggressively operating deep into Manchurian territory and clashing with Chinese forces. The Japanese were assisted in these skirmishes by loyal (rightwing) Russian Soldiers. Success led to the Imperial Japanese founding the ‘State of Manchuria’ from 1932-1934, which became the Empire of (Great) Manchuria from 1934-1945. This ‘empire’ (known as ‘Manchukuo’) was ruled over by the last Emperor of China (Aisin-Gioro Puyi) who was deposed as a young boy from the Chinese Imperial Throne in 1911. The Japanese presented this puppet state as being ‘one rule over five races’, and from 1932 onwards, recruited for, armed and trained tens of thousands of men that comprised the Manchurian Imperial Army (which remained operationally subordinate to the Japanese Kwantung Army). Although numbering over a 100,000 at its peak, its battle-worthiness was considered quite low and its ability unreliable. However, the Japanese were impressed with the quality of the Russian volunteers, and in 1936 began to gather these men into concentrated units. In 1938, Major Asano Makoto reformed these men into a single detachment named the ‘Asano Brigade’ which received better clothing (type 98 Japanese Infantry Uniform), weaponry (Arisaka rifle type 38, the Steyr-Solothurn S1-100 Submachine Gun, the Type 32 Cavalry Sabre, and the Type 14 Nambu Pistol) training and other privileges – described in Russian as ‘Отряд «Асано»’ and Japanese as ‘浅野部隊 – Asano-Butai’. The main function of this Brigade was reconnaissance and sabotage, with its core structure consisted of committed members of the Russian Fascist Union, whilst being physically fit and aged between 18-36 years of age. The Patron Saint was ‘St George the Victorious’ and its motto was ‘To Victory’! The Asano Brigade numbered between 800-3500 men during its existence. These men were considered fanatical anti-Communists and were deployed during the Battle of Lake Khasan (fought between July and August 1938 along the Manchuria-Korea border) and the Battle of Khalkhin Gol (fought between May and September 1939, along the Manchurian-Mongolian border), both against the Soviet Red Army. Russian language sources state that the Asano Brigade was used to keep communication routes open between Japanese fighting units confronting the Soviet Red Army, whilst the English wikipedia page claims that the Asano Brigade served a frontline function and lost most of its 800 men at the Battle of Khalkhin Gol. 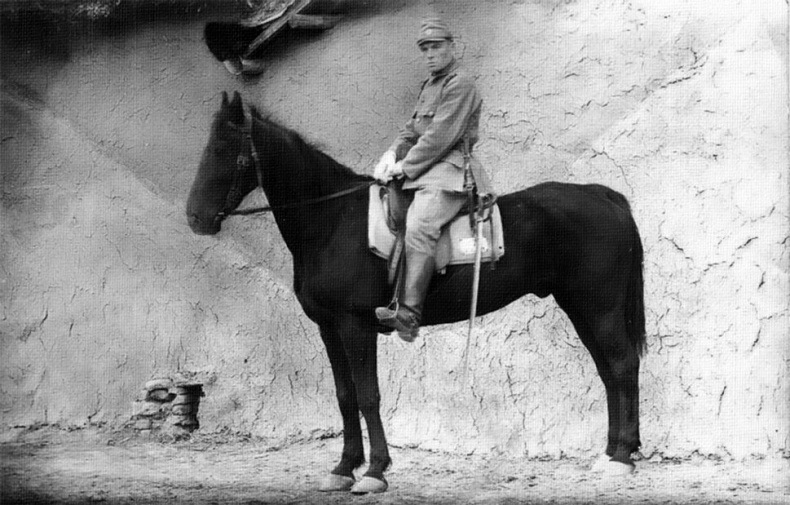 After Nazi Germany invaded the Soviet Union in June 1941 – the Asano Brigade was used to infiltrate and sabotage the Soviet rear in preparation for an expected Japanese invasion of the USSR from the East. This activity was orchestrated by Russian Major A. N. Gukaev, who along with other Russian officers, chose 400 of the best Russian men available who were sent for special training under Japanese guidance. They infiltrated the USSR dressed as civilians or sometimes Red Army soldiers – and murdered Soviet citizens and destroyed Soviet property and supplies, etc. Following the Nazi German defeat at the Battle of Kursk (in August 1943), the Imperial Japanese Army permanently postponed any planned invasion of the USSR – which corresponded with a strengthening of Soviet Forces along the Manchurian border. By this time the Asano Brigade had reached its full capacity of 3,500 men (many mounted for cavalry use) but was finding its incursions into the USSR ever costlier. By November 1943, with the war turning against Japan, ever more Japanese officers were re-posted to the front and ethnic Russians took their place. By December 1943 the Asano Brigade was renamed the ‘Russian Military Detachment’ of the Manchurian Imperial Army – and ceased to exist. In some Western narratives it is falsely asserted that the Asano Brigade was ‘destroyed’ by the Soviet Red Army invasion of Manchuria in August 1945 (with prisoners taken being ‘executed’) – but by that time the Asano Brigade had not existed for nearly two years. Indeed, Russian-language sources suggest that Russian POWs were treated fairly and given the chance to join the Red Army.