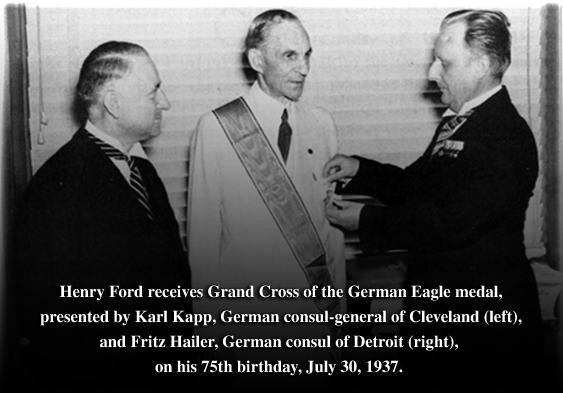 General discourse within the US milieu is that of theological speculation masquerading as the secular use of logic and reason. The peculiarities of the US Constitution ensures that every individual quite literally ‘believes’ themselves to be a genius and everything they say to be of vital importance and the final statement upon the nature of reality. Of course, in reality this is nothing less than the ennoblement of mass ignorance within bourgeois society and the capitalist system it generates and supports. This is the world of pseudo-logic and it is designed to dominate at the point of contact, and to use varying degrees of intense emotionality, angst ridden speech and the potential threat of physical violence. This cultural manifestation used to be limited in essence to the geographical boundaries of the US but has expanded beyond that point since WWII (through US Cold War imperialism), and now permeates the world through the internet (which provides the raw data for this phenomenon to be observed). This is the institutionalisation of Eurocentric stupidity that denies the reality of material science and expands the use of theological thinking far beyond the limits of theistic religion. In a very real sense, US anti-intellectualism is a development and misuse of religious theology.

The bourgeoise use religion(s) as a superstitious yoke to wed the working class to ignorant modes of thinking. Religions are nolonger used in a ‘freeing’ capacity but are misused (often in defiance of founding principles) to ensnare the minds and bodies of the working class which are trapped in an unjust political (bourgeois) structure that utilises an oppressive socio-economic system (i.e. ‘capitalism’). The Judeo-Christian tradition has altered its dogma toward embracing greed, and away from ultraism ever since the beginning of European imperialist expansion, with the Industrial Revolution simply confirming this change of direction. As the literal belief in religion has waned throughout society, theological thinking has not died-out but has changed in parameter and function. Just as the Jewish prophets and Jesus Christ denied various aspect of the physical world (turning their psychological attention to the worship of an unseen theistic concept), modern Americans retain a distrust of a) material science, and b) all forms of government. As modern bourgeois (capitalist) governments embrace material science (as a means to remain technologically and military ahead of rivals), a dichotomy exists in the US between a populace that in one form or another adhere to theological thinking (ranging from theism to atheism), and a modern secular establishment that ‘officially’ embraces material science. When all this is coupled with the ‘Right’ to think or say whatever comes to mind, institutional ignorance is elevated to the status of ‘wisdom’.

Theology explains an unseen theistic concept and how he should be worshipped and followed in everyday life. Modern science is premised upon the observation (and measurement) of the physical world and its processes. A devout religious person can live in a purpose-built religious community (such as a commune or a monastery), whilst a modern, secular individual can live their life free of religious indoctrination. These two systems of thought and modes of life are entirely different. Theology represents a way of life built-up over thousands of years, whilst science is an objective method for the reliable gathering of data. The two systems can co-exist with religion remaining a personal belief, and science being a method of ensuring progression and development within the physical world. Certainly, there are degrees of accommodation that represent many different variations of the above, but this is only applicable when the two categories under discussion are retained within the boundaries of their respective theory. Religious ignorance is not only the dogmatic retainment of theistic dogma in the face of scientific fact, but also represents an inappropriate expansion of theological thinking into realms it has no place to be. This assessment holds true even if it is acknowledged that secular societies often retain religiously derived attributes that are nolonger associated with the founding religion itself.

Capitalism employs dishonesty as its root premise. Workers are employed in a detrimental manner so that the maximum amount of labour can be extracted for the least amount of pay (just enough to keep them alive and functioning). The average worker does not own the means of production, the raw materials they work with, or the products they produce. All a worker possesses is his or her labour which is ‘sold’ in return for pay (Marx makes the point that the work must be done first – an instant form of unquestioned credit for the employer – with pay probably following later). Through the division of labour, workers are forced to treat one another as enemy competitors – all desperately fighting for the small wages available (Engels comments that hundreds of people forced to live in small houses and rooms after the Industrial Revolution led to widespread disease and appalling sexual abuse of women, girls and others). Finished products are then sold to the general-public at prices that far exceed the actual worth – whilst advertisements ‘lie’ about the ‘value’. Racism is a natural consequence of the division of labour – as Henry Ford demonstrated in his US factories – where he segregated the work force into ethnic groups, and then forced those groups to compete against one another by increasing their output for no extra pay, working conditions or employment rights. Just as non-White workers are a threat to the White bourgeoisie that runs America, non-White countries register as a similar threat to US hegemony on the world stage, hence the often-illegal use of the US military to spread American-style ‘democracy’ through the bullet and the bomb.

All these forces converge in the character building and development of the average North American citizen, with capitalism, religious ignorance and anti-intellectualism (masquerading as logic and reason) contributing to a mistrust in collective authority, and any knowledge that stems from a pure scientific grounding. The people that hold high office within the US are often masters in what must be described as refined stupidity. George Bush Jr, of course, was just stupid but born into the right strata of US society. In reality his deficient understanding of reality and complete lack of common sense is often interpreted as odd or unusual, but even a cursory examination of US discourse in America reveals that George Bush Jr was as clever as the average American, just as Donald Trump manifests a racism that is common throughout White America. These are not exceptions to the rule, but indicative of the US level of non-understanding in general. This institutional and widespread ignorance is delivered through the US media with all the force and attention as any authoritative lecture of quantum physic delivered at Oxford and Cambridge in the UK. The difference is that the former is expressing stupidity whilst the latter is expressing scientific fact. Thomas Drake, for instance, a man who once served in the US Airforce and swept to high office in the NSA, became famous in 2010 for leaking details of incompetence and possible collusion within the US government, FBI, NSA and other agencies, particularly regarding the 911 terror attacks in New York. Whilst being interviewed by Paul Jay for ‘the REALnews’, he stated that as a US patriot who had ‘fought’ in the Cold War, he would listen to East German radio and therefore ‘knew’ what a police state was like and did not want the US going down that path. Paul Jay did not question this nonsense. This exchange symbolises breath-taking anti-intellectualism. Thomas Drake was a military interpreter who monitored the East German military chatter – nothing else. Like all militaries in the world, the East German military was disciplined, well-ordered and hierarchical in nature (despite certain Socialist differences regarding the enhanced ‘rights’ of personnel unknown in the capitalist world). What Drake heard was military dialogue much like the manner in which he communicated with his superiors and ordered his subordinates – and mistakenly equated this with civil society within East Germany. The fact the interviewer did not draw attention to this nonsense demonstrates the widespread ignorance that permeates US society.