I emailed 10 Downing Street recently regarding the lack of due process demonstrated by Tory MP for Sutton & Cheam – Mr Paul Scully. He generally ignores any protests I make against the far-right, or takes far too long to answer any of my enquiries – usually ignoring the actual subject, or reacting with evasion or by providing irrelevant or inaccurate answers (he once claimed that the Tory government had not given any money to the Christian terrorist group the DUP!). I am not a Tory – but my political viewpoint is irrelevant – Mr Paul Scully has a Parliamentary duty to ‘represent’ ALL the constituents living in his borough – whether or not they voted for him in the General Election. Furthermore, we – as tax-payers’ – pay for MP’s wages and opulent expense accounts – and we expect a good service from the MPs we finance. MPs work for ‘us’ – the ‘people’ –  and we are not their slaves! You have a right to complain and to vote these despicable characters out of Office – exercise these rights and make a public record of the result! 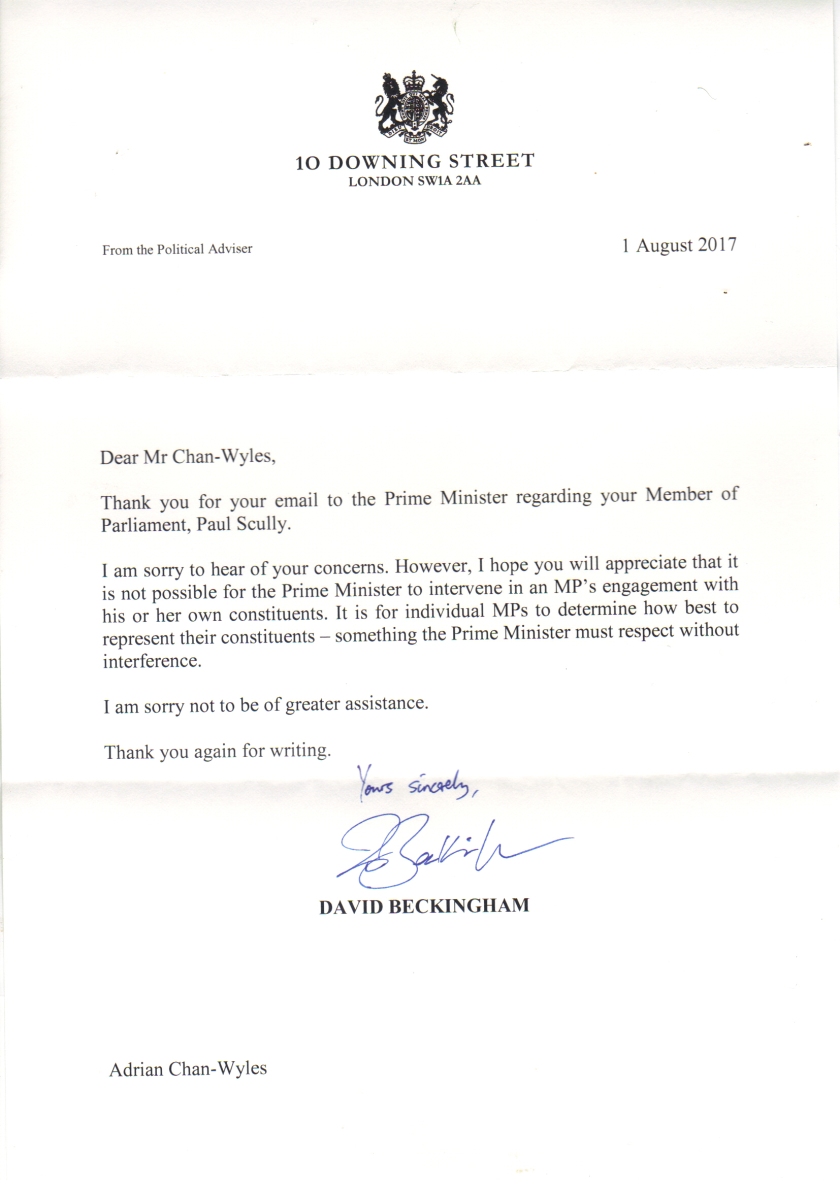